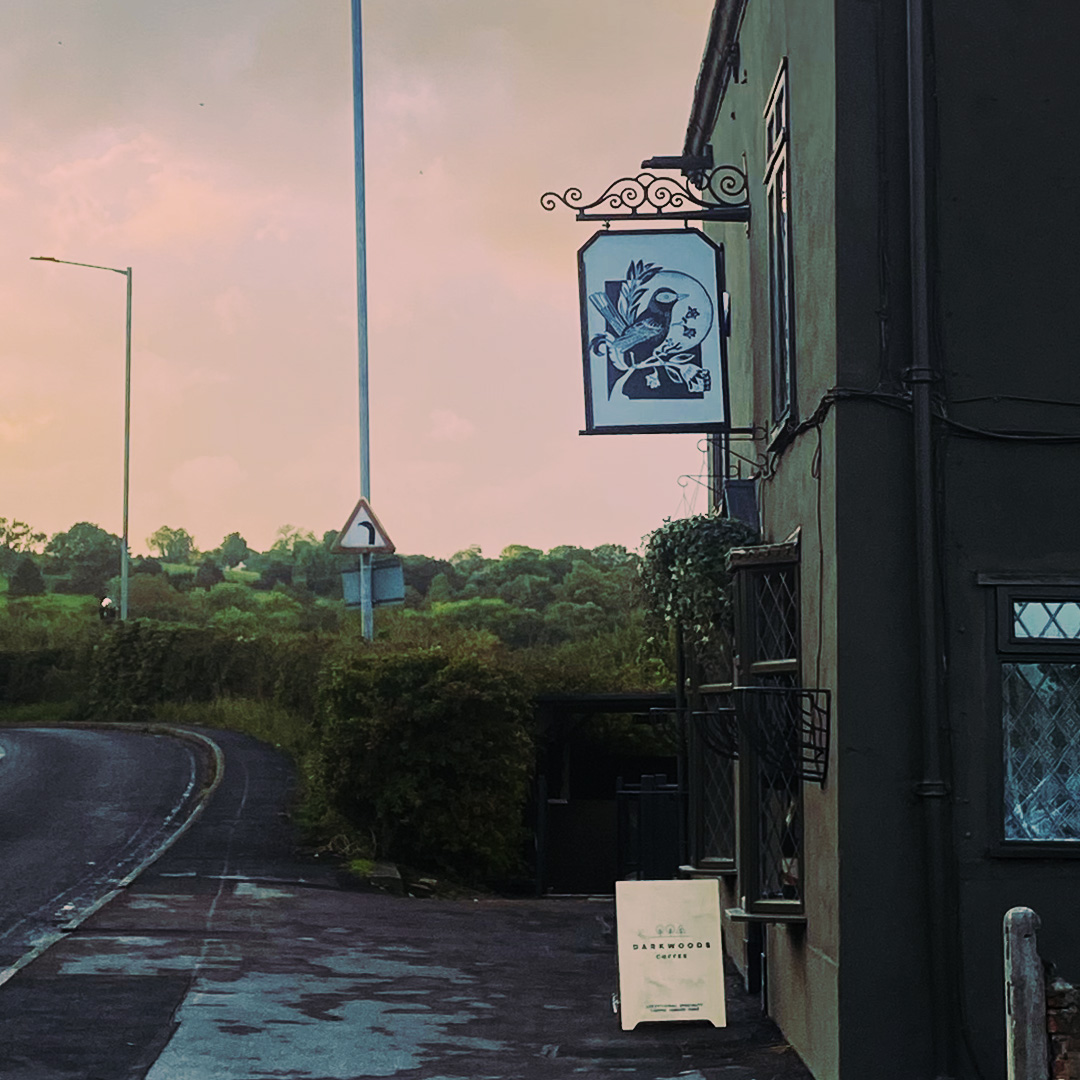 The Strines Nightingale is a countryside pub located next to Marple in Manchester’s outskirts. It reopened after 3 years of abandonment to the wildlife. It’s a haven for hikers and cyclists in the heart of the Peak District. Formerly called The sportsman, its name was changed to The Strines Nightingale upon the story of a rogue and adventurous Nightingale in the old Calico Printers woods (Nightingales rarely pass north of the home counties) which attracted crowds of thousands to hear it’s midnight song over two weeks in the May of 1862.

With music being the main attraction, what’s better than a singing bird to represent the essence of this place. The logo was designed to look like a woodcut print, a very popular technique used in ancient times to pass on tales. With a nightingale bird singing at the center of the picture surrounded by nature fighting in between night and day and a mystic font at the bottom, it brings on a new image for a whole new page of the Nightingale fable in the little village of Strines.